This book isn’t just a YA Historical, it’s much more than that. It’s half set in modern time and half set in the french revolution. A fantastic mash up of coming of age, romance and how life was if you were a member of the royal family in france at the time. It’s a truly captivating story and I couldn’t put it down. I would recommend this to anyone who likes a bit of history thrown in there with a mystery to solve. This book is suitable for teens of any age.

“Readers of If I Stay and Elizabeth George will love Revolution by Jennifer Donnelly, author of the award-winning novel A Northern Light. Revolution artfully weaves two girls’ stories into one unforgettable account of life, loss, and enduring love; it spans centuries and vividly depicts the eternal struggles of the human heart.

BROOKLYN: Andi Alpers is on the edge. She’s angry at her father for leaving, angry at her mother for not being able to cope, and heartbroken by the loss of her younger brother, Truman. Rage and grief are destroying her. And she’s about to be expelled from Brooklyn Heights’ most prestigious private school when her father intervenes. Now Andi must accompany him to Paris for winter break.

PARIS: Alexandrine Paradis lived over two centuries ago. She dreamed of making her mark on the Paris stage, but a fateful encounter with a doomed prince of France cast her in a tragic role she didn’t want—and couldn’t escape.

Two girls, two centuries apart. One never knowing the other. But when Andi finds Alexandrine’s diary, she recognizes something in her words and is moved to the point of obsession. There’s comfort and distraction for Andi in the journal’s antique pages—until, on a midnight journey through the catacombs of Paris, Alexandrine’s words transcend paper and time, and the past becomes suddenly, terrifyingly present.“ 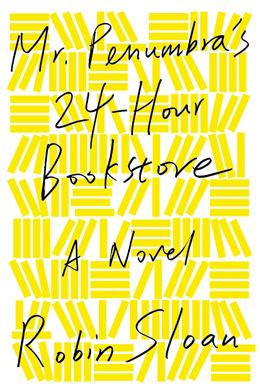 “The Great Recession has shuffled Clay Jannon away from life as a San Francisco web-design drone and into the aisles of Mr. Penumbra’s 24-Hour Bookstore. But after a few days on the job, Clay discovers that the store is more curious than either its name or its gnomic owner might suggest. The customers are few, and they never seem to buy anything—instead, they “check out” large, obscure volumes from strange corners of the store. Suspicious, Clay engineers an analysis of the clientele’s behavior, seeking help from his variously talented friends. But when they bring their findings to Mr. Penumbra, they discover the bookstore’s secrets extend far beyond its walls. Rendered with irresistible brio and dazzling intelligence, Robin Sloan’s Mr. Penumbra’s 24-Hour Bookstore is exactly what it sounds like: an establishment you have to enter and will never want to leave.“

I can’t remember exactly how I first found out about this book, but all I can say is I’m glad that I did. The whole concept intrigued me when I first heard about it. This book wouldn’t have been the usual type I would generally pick up, but lets say I’ve been branching out lately. However this book was on my TBR for quite a few months before I finally picked it up. And that was only because it fit the category for the read-a-thon I was doing. Otherwise I’m pretty sure it wouldn’t have been read any time soon. But in saying all that, I have read it and all I can say is that it was great.

The characters were created so well, I got a very clear sense of who they were. I really enjoyed reading about the customers that came into the bookstore and how Clay got to know them with each passing night. Each character had such distinct quirks about them, which made for an interesting and entertaining read. Reading from Clay’s perspective allowed me to experience the story and the events that unfolded through his eyes. I was just as much in the dark about the mystery of the bookstore as he was. It had me wondering, was this going to turn out to be a book about magic? A book about cults? I really had no idea at some points where it was going. This was a good thing though, because it kept me on my toes, interested to see what happened.

The whole mystery that shrouded the bookstore wasn’t what I was expecting. It was an interesting twist to the story, and wasn’t really something I had ever read about before. I think my favorite part was at the end was when Clay figured everything out. I just loved that scene where he gathered everyone together and revealed the secret that they had been trying to solve for centuries.

The overall world building within the story was done quite well I thought. The setting of the bookstore was interesting. It was written in such a way that I felt as if I were there. I got a clear sense of what it was like. The severe height of the shelves, towering over you. The film of dust coating every surface. How the night crept in and shrouded everything in shadows. The descriptions were so clear I felt like I was Clay, sitting behind that desk at night. It was really fun to read about Clay’s adventures, all the different places he went. New York, Google HQ, just him living in San Francisco was really intriguing to read about, since I’ve never been to any of these places myself.

I must say that I enjoyed this book and was often surprised at the events that unfolded. There were so many elements to this book. Mystery, comedy, romance, it was fantastic. And it’s always fun to read books that are set in bookstores.

I would recommend this to people who like nerdy narrators and books that are just a little out of the norm topic wise. This book is suitable for readers of all ages.